from Pocket Jazz Band by The Late Risers 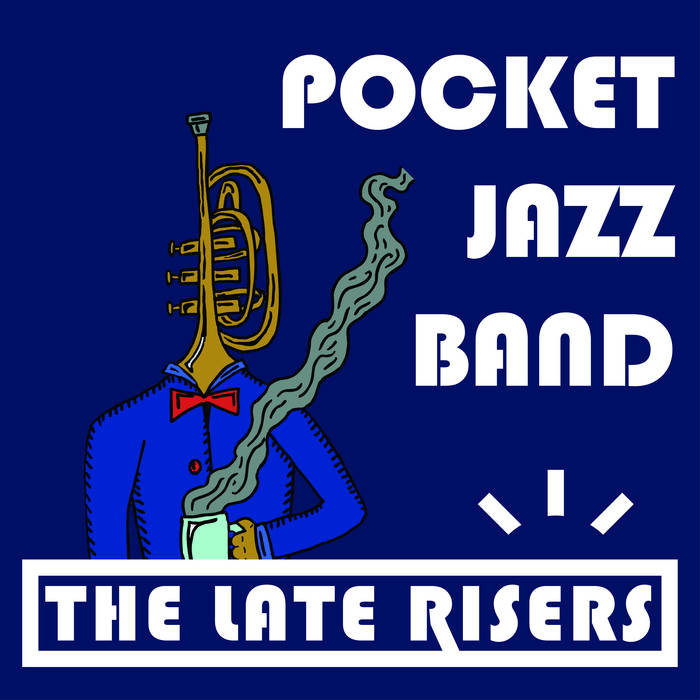 This track tells the story of two young men going off to war, before they realize that the alluring romanticization of “Taking The King’s Shilling” isn’t what it’s cracked up to be.

This traditional anti-war song, here taken from the bluegrass legend Del McCoury’s version, is the band’s first folk tune cover outside of the Jazz or Classical idiom.

Well a voice was heard in the market one day,
Two lads who gazed out to the sea,
"Come take The King's Shilling, and follow your dreams,
I'll make you a sailor like me,"

Well the first one to speak was the carpenter's lad,
Tim Barlow was is darlin' name,
He said "I'll come with you and follow the flag,"
Young Daniel cried "I'll do the same"

Well the ship left the harbor that very same day,
Young Daniel gazed back at the shore
His mother was crying and waving goodbye
She knew she'd see Daniel no more,

For sailor's will sleep in the deep so they say,
And deream of the land that they love,
There's no turning back once the salt's in their veins,
Their spirits fly free like a dove,

They met with the fleet and the ships of the line,
And straight way set sail for the West,
The weather turned dark and that North wind did blow,
Young Daniel was put to the test,

He was climbing the rigging as the wind hung around,
And the ship like a toy, it was tossed,
He fell from the main mast and never was found,
To the sea a young soul had been lost,

Then Tim lost his sight in the battle that raged,
With a tin cup he sits by the door,
He hears a voice come in the market some days,
"Come lads! We're away to the war!"

For sailor's will sleep in the deep so they say,
And deream of the land that they love,
There's no turning back once the salt's in their veins,
Their spirits fly free like a dove,

The Late Risers perform music of the 1920s-40s, covers of popular tunes and original compositions.

Bandcamp Daily  your guide to the world of Bandcamp

Featuring interviews with the mighty Hiatus Kaiyote and genre-busting L'Rain.